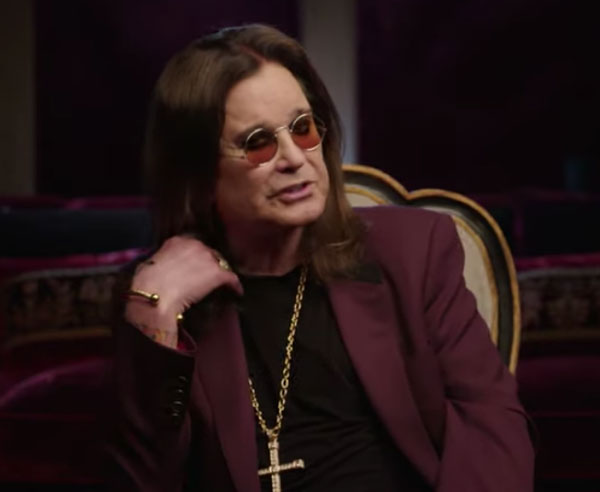 Ozzy Osbourne has postponed his European tour for the second time. The dates affected are the seven UK shows between 31st January 14th February 2020 and the European run between 17th February and 16th March covering eight different countries with Judas Priest as support.

Live Nation Sweden have said the Stockholm Ericcson Globe show will happen “in the first half of 2021 while the North American dates are still going ahead in May.

Ozzy postponed all his 2019 tour dates in early April as he recovered from health difficulties after falling at his Los Angeles home, aggravating injuries sustained in his 2003 ATV accident that required surgery.

Ozzy said: “I’m here to give you an update on my condition. As you probably know, or you may not know, at the beginning of this year, I had a bad fall. I screwed all the vertebrae in my neck and had to have surgery. I’ve got a lot more nuts and bolts in my neck now than in my car. I’m not dying, I am recovering — it’s just taking a little bit longer than everyone thought it would.

“I’m bored stiff being stuck on a fucking bed all day. I can’t wait to get off my ass and get going again. But you’re just gonna have to be a little bit more patient.

“I’m postponing the European tour because I’m not ready. I’m not retiring – I’ve still got gigs to do – but when I do come back on an American tour, I wanna be one hundred percent ready to come out and knock your fucking socks off. And also, there’s a new album on the way.

“Thank you to my band and my crew and Live Nation, and most of all, Judas Priest.

“I just wanna say one thing to the fans: I sincerely thank you for your patience and your loyalty. I love you. Now, will you fuck off and let me get better.”

Judas Priest commented: “We are very grateful for the rock solid support from our wonderful UK and European fans as Ozzy gets well and strong – the UK/European tour will showcase the very best British Metal from the ones that started it all and we proudly look forward to celebrating our 50 Heavy Metal Years together with you!”

Ozzy recently completed work on a new solo album, his first since 2010s ‘Scream’. The original Black Sabbath singer said that he took just four weeks to record the new album, saying: “This is my first [solo] recording in a studio for ten years, so I do feel a bit out of touch.”