It’s been a few years since Michael Schenker last stepped onto a Glasgow stage and unsurprisingly, this event was a hot ticket as it’s the first time he’s brought the whole Schenker Fest line-up to the city.

Featuring local boys Doogie White on vocals, Chris Glen on bass guitar and Ted McKenna on drums, joined by multi-instrumentalist Steve Mann and vocalists Graham Bonnet, Robin McAuley and Gary Barden (The Schenkettes as Doogie jokingly referred to them) in a glorious celebration of a nearly half century of the German guitar legends’ career. 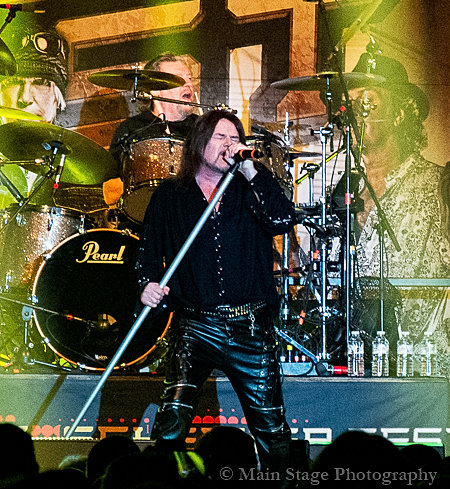 Right now, Schenker is at the top of his game musically and what better way to celebrate the past than to reconnect with faces from his personal history – especially with such a solid rhythm section as that of Glen and McKenna who’ve lost none of their passion over the years.

There’s is a partnership that can trace its way back to 1971 and they still maintain a close personal link both on and off stage. Let’s not forget the multi-talented Steve Mann either, who helped the main man out on guitar throughout the evening as well as adding keyboards and backing vocals to an already solid line-up. 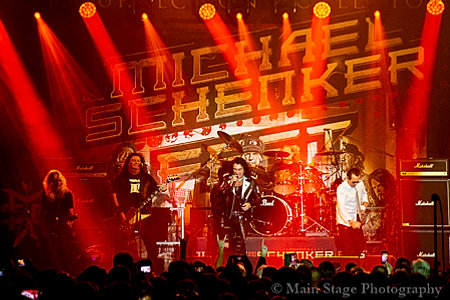 The well worn classic UFO number ‘Doctor Doctor’ kicked things off with Bonnet, McAuley and Barden sharing vocal duties before they stepped aside to allow White to finally make his entrance to rapturous applause. The epic ‘Lord Of The Lost And Lonely’ along with the tribute to the late, great Ronnie James Dio, ‘Before The Devil Knows You’re Dead’ were definite early highlights and the confident Scot had the partisan crowd in the palm of his hand throughout the set.

Skegness’ favourite son, Bonnet, was up next as he made a welcome return to the city after his solo show a couple of months previously and the audience afforded him another warm welcome. He equipped himself well during his short time on stage and although his vocals sounded strained at times, he soldiered on with fan favourites like ‘Desert Song’ and ‘Assault Attack’. 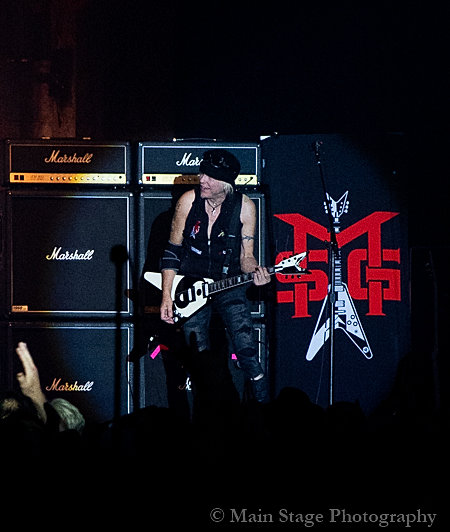 The final frontman to take to his time in the spotlight was Irishman Robin McAuley, who kept the audience’s energy going as he steered them through UFO classics including ‘Shoot Shoot’ and ‘Only You Can Rock Me’ before he was joined by White, Bonnet and Barden for a final encore of ‘Rock Bottom’ and ‘Lights Out’. 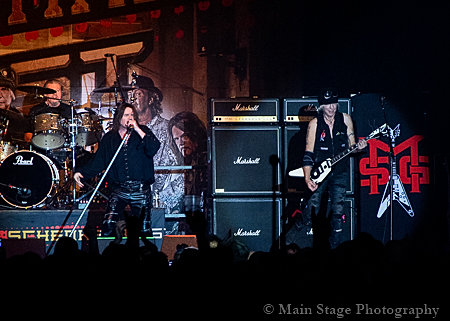 Of course, the new album, ‘Resurrection’, meant that this show wasn’t merely a trip through past glories but also showcased new material like ‘Warrior’, fronted by Barden although featuring all four vocalists during the shouty chorus, while McAuley stepped up with ‘Heart And Soul’. Both great performances for sure, but they were pipped to the best performance of the night by ‘Take Me To The Church’, which featured an incredible performance from Doogie, who created some stunning fireworks onstage.

There’s absolutely no doubt about the quality of musicians in this line-up and the set was an utter delight from start to finish. The addition of White to the existing line-up that toured Japan back in 2016 was a masterstroke on Schenker’s part and brings the Blonde Bomber’s career right up to date – a career that right now is very far from being all over.

Lord Of The Lost And Lonely

Take Me To The Church

Before The Devil Knows You’re Dead

Searching For A Reason

Attack Of The Mad Axeman

Rock My Nights Away

Only You Can Rock Me

Too Hot To Handle