Deep Purple kick-started ‘The Long Goodbye Tour’ with an outdoor date in Bucharest, the capital city of Romania. 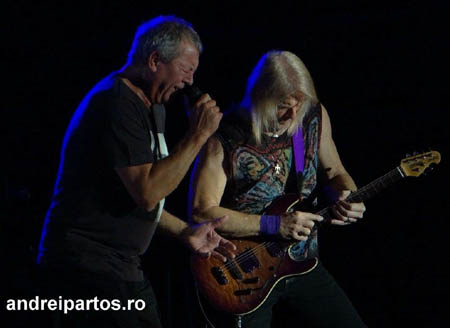 After forty-nine years of service, the legendary band are succumbing to the fact that they are not immortal, even if their music is and will be heard by many generations for years to come. 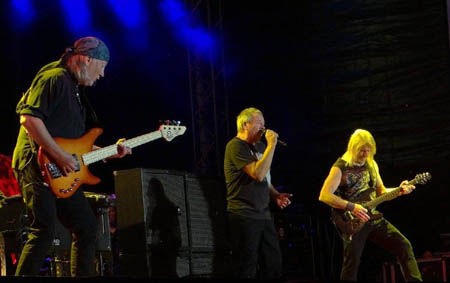 Their new album, the wisely titled ‘InFinite’, sees the band back at the top of their game with the album hitting the Top Twenty in album charts all across Europe, even reaching Number One in Germany and Austria for a second consecutive time.

Over 10,000 fans were here to witness the opening night in a triple bill that also featured local heroes Trooper, which as the name suggests are an Iron Maiden inspired act who play traditional Metal to a die hard following.

Canadians Monster Truck performed their first ever gig in Romania and won themselves many new fans with their lumberjack Grand Funk Railroad enthused sludgy rock. Tracks from the latest album, ‘Sittin’ Heavy’, came thick and fast but it was the older epic ballad, ‘For The Sun’, where the band really shone.

Darkness fell and the stage was illuminated with an image of Deep Purple encased in Antarctic ice, reminiscent of the legendary Mount Rushmore cover of ‘In Rock’.

The image fades as the band enter the stage and Ian Gillan chants a sonic intro which doesn’t go as tantric as planned but the band being the pros that they are kick right into a storming ‘Time For Bedlam’, one of four new tracks being premiered live from ‘InFinite’. 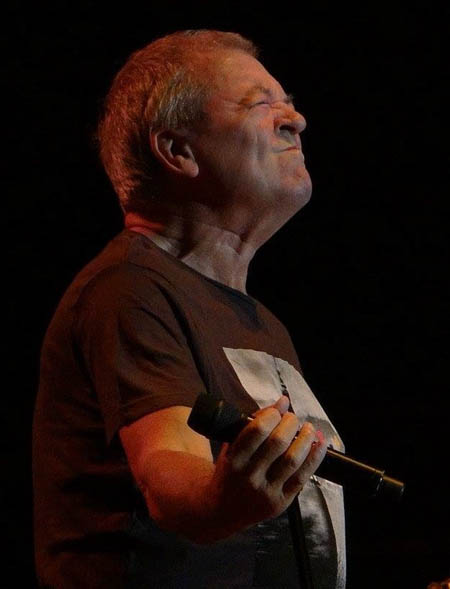 The element of danger is never far away at a Purple gig. As the final words are spoken from the opening number, Ian Paice launches a furious drum roll into the towering inferno of the speedy ‘Fireball’. Ian Gillan screams and hits the high notes on this pulsating number and the musical ferocity continues on ‘Bloodsucker’.

Despite four-fifths of the band being beyond retirement age, there’s no way anybody can accuse Deep Purple of doing this purely for the money. Here’s a band who may not be as hungry or angry as they were in their youth, but still perform with an energised vigour and a desire to explore new musical territories. 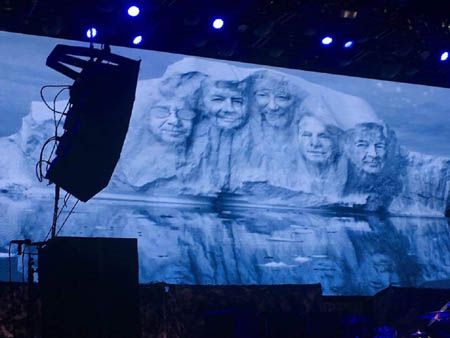 Both Ian Paice and keyboardist Don Airey perform on the stage without risers so they can feel the full energy of the live experience thunderbolt throughout their bodies.

After ‘Strange Kind Of Woman’ came the second of the new tracks with the uplifting commercial stride of ‘Johnny’s Band’ which works perfectly well in the live setting.

‘Uncommon Man’ from the previous ‘NOW What?!’ album is a progressive monster live with some organic work from Airey. 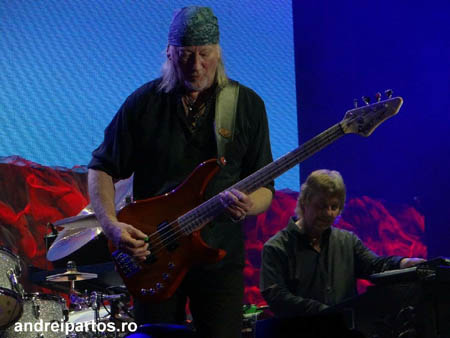 Many hardcore fans anticipated whether new track ‘The Surprising’ would be performed live and they were rewarded with a stunning version of this mystical number which saw relieved faces from the band as an almighty roar from the adoring Romanian fans greeted the song’s finale.

Who can blame Purple for half the set being taken up with newer material when they deliver with such strong conviction as on ‘Birds Of Prey’ which featured soaring guitar work from Steve Morse who took the song into disbelieving stratospheric heights.

Deep Purple had already won the day by the time the classics were rolled out with the hard drive of ‘Perfect Strangers’, the cosmic ride of ‘Space Truckin’ and the rifftastic ‘Smoke On The Water’, complete with images on the screen of that historic event. 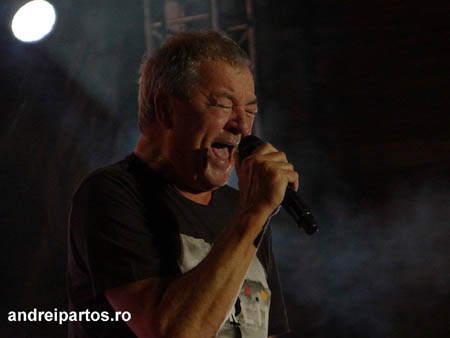 With all energy restored for the encores, a brutal ‘Highway Star’, including frantic solos from Airey and Morse, had big fat tyres and everything leaving skid marks on the Romanian tarmac.

A stomping ‘Hush’ was followed by a booming bass solo from an ever-grinning Roger Glover which led into a joyous rout of ‘Black Night’.

In the words of Ian Gillan himself: “Superb”.