It’s the end! Forty-nine years after forming in Aston, Birmingham, the pioneers of Heavy Metal ended it all where it started, at the home of Heavy Metal. 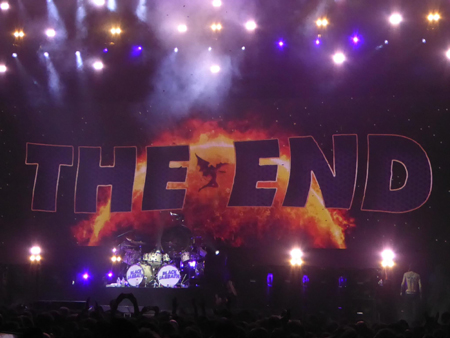 Every single Heavy Metal band in the world has been influenced in one way or another by the dark black magic of Black Sabbath, from the demonic lyrics of Geezer Butler, the madcap antics of Ozzy Osbourne or by the riff master himself Tony Iommi. Even the idea of wearing spandex trousers came from Bill Ward wearing bright red tights on the cover of ‘Sabotage’. 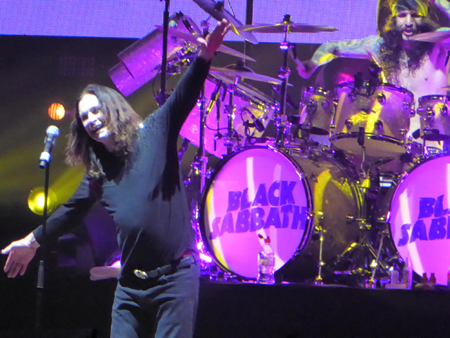 Ever since the sound of thunder and rain, along with the chime of a church bell being torn apart, and that immortal opening riff from Tony Iommi on Black Sabbath’s eponymous debut album from 1970, the sound of rock music took on a more sinister twist as four men from the Midlands in the UK destroyed The Californian hippy dream with their tales of dealing with the devil, social instability, political corruption, the dangers of drug abuse and apocalyptic prophecies of the horrors of war.

It’s no surprise that Metallica sent goodwill messages to Sabbath before the show. Their eponymous fifth album, more commonly known as the ‘Black’ album, was totally inspired by Sabbath with the thrash kings down tuning their guitars and using big meaty riffs and releasing the album in a black cover with the vinyl versions even containing the Vertigo spiral label. 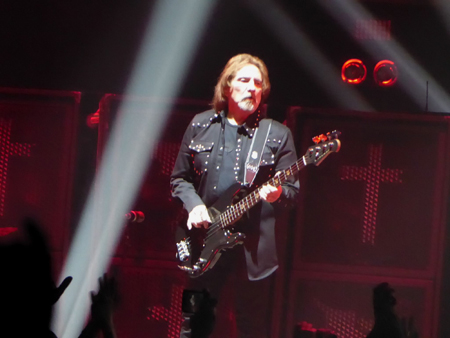 From then onwards the three figures in black held Birmingham in a transfixed state as if everyone was in a unified seance. 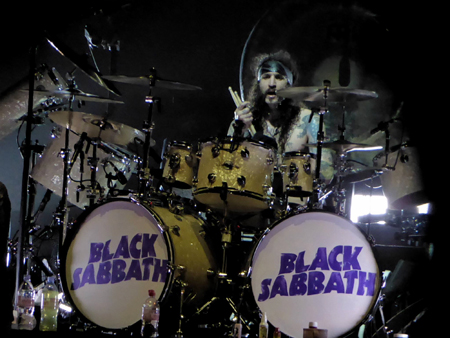 Deputising for Bill Ward is Tommy Clufetos who does a sterling job and gets the chance to show what he’s made of with a sturdy solo on ‘Rat Salad’ with Birmingham showing it’s appreciation for the bearded drummer, as it does for ‘fifth member’ Adam Wakeman, who despite being hidden at the side of the stage still gets introduced by Ozzy and provides valuable rhythm guitar and keys on ‘After Forever’ and ‘Dirty Women’, surprisingly the newest song in the set at forty years old, from 1976s ‘Technical Ecstasy’. 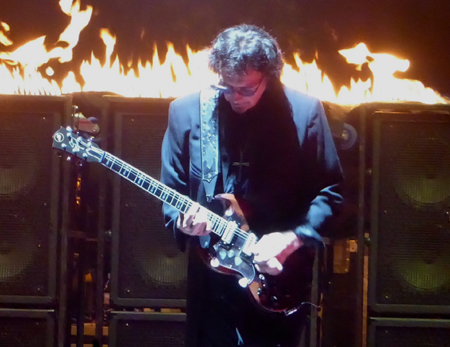 Old favourites ‘War Pigs’ and ‘Iron Man’ sound barbaric and victorious when heard indoors with the volume turned to ten and desite not giving us full versions, Iommi teased the crowd with the big riffs of ‘Sabbath Bloody Sabbath’ and ‘Meglomania’.

Giant balls, coloured black, purple and white bounced around for ‘Children Of The Grave’ before Sabbath took their final bows with the inevitable ‘Paranoid’. 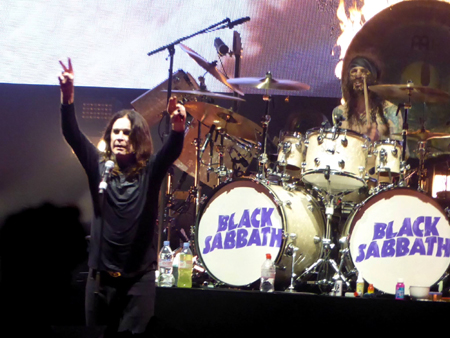 The End of a legend. We won’t see their magnifence again. A dark day in Metal history.
God bless Black Sabbath. 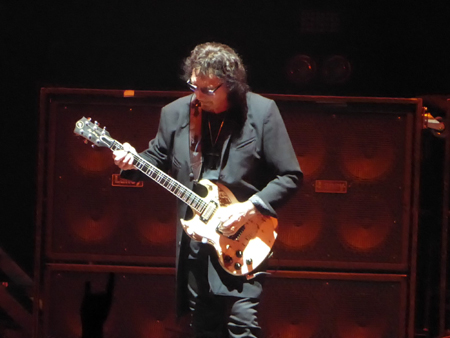 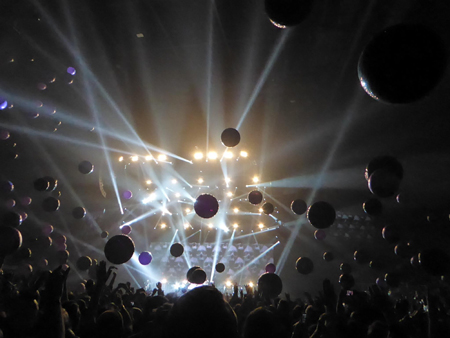 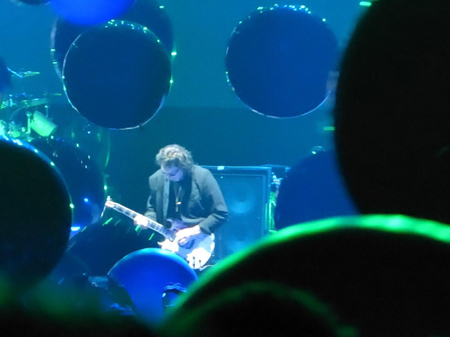 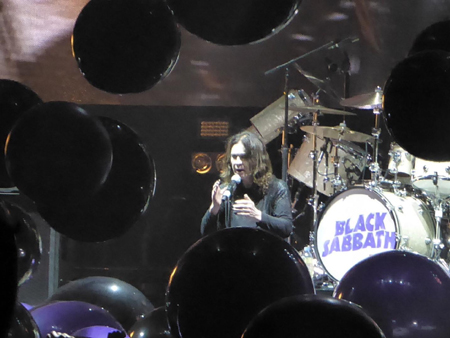 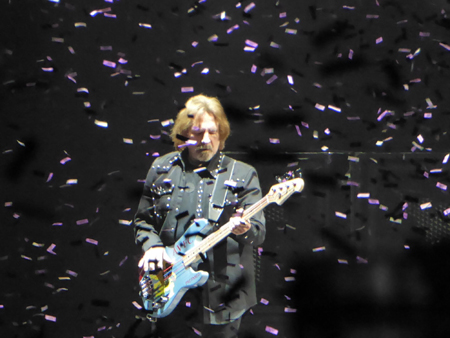