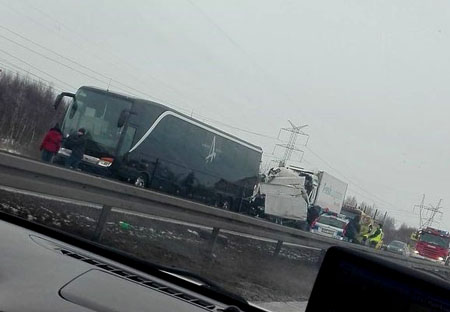 The Dillinger Escape Plan have been invovled in a major accident after a lorry crashed into their tour bus.

Thirteen people have been injured after the incident that occurred as the band were travelling to a concert in Krakow, Poland.

Aneta Wlazlowska, a spokeswoman for Radomsko police, told itv.com that the band members were not seriously hurt but were taken to hospital for further tests.

There were no fatalities after the crash and Wlazlowska said the most injured person in the crash was the driver of the lorry that hit the band’s tour bus, which was parked partly on the road and hard shoulder.

The New Jersey band were due to play in Krakow on Sunday, tonight, but the gig has now been cancelled.

The band are next scheduled to play in Leipzig, Germany, on Tuesday. 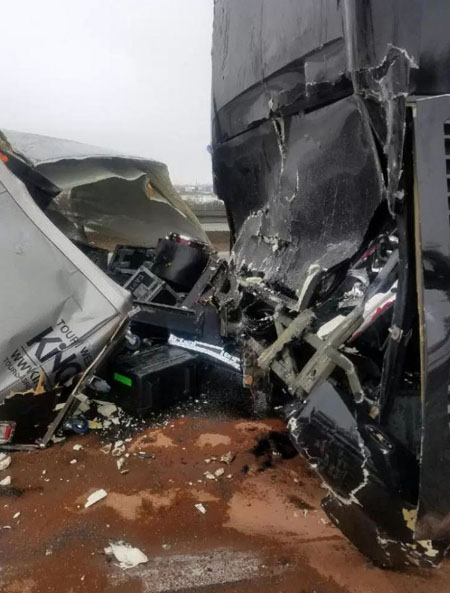 Metal Injection spoke to vocalist Ben Weinman about the incident and the extent of their injuries:

“Everyone is alive, a few injuries, but it could be much worse. He explained that the bus was hit from the back, with the truck smashing through their gear before continuing to plow into the bus itself. The impact was serious and banged them up pretty good. The whole situation sounds horrific.”

The remaining tour dates are as follows but obviously these are not now guaranteed to go ahead.