When I think of the Quireboys, murky visions of a smoke filled back street dive bar with a bunch of vagabonds sitting around a table with nowhere else to go come to mind. An empty bourbon bottle lying on its side, it’s contents long since gone, an ashtray full of spent Marlboro’s, a couple of acoustic guitars, a harmonica and a piano in the corner, with a backdrop of a gravel toned voice just ramblin’ on.

No matter that tonight’s gig is at a packed out Islington Acadamy, the vibe is just the same and we could quite easily be in the back street dive bar listening to Spike telling his story through a series of song tales of questionable life choices, the majority of which we know so well. 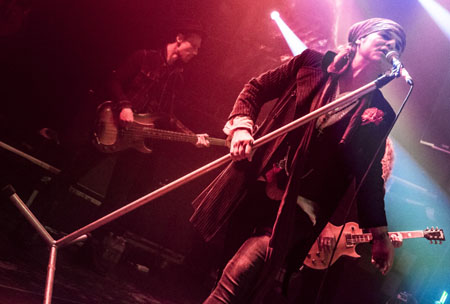 The reason for this evening’s shenanigans is a new assemblage of crafted fables and yarns brought together collectively under the name of ‘Twisted Love’, the band’s tenth studio album and they opened up with the title track from the album though sadly minus the soulful tones of Lynne Jackaman.

‘Too Much Of A Good Thing’, which was almost certainly written from experience, led into ‘Misled’, which with it’s glorious ragtime honky tonk piano showcasing Keith Weir, shifted things up a gear. 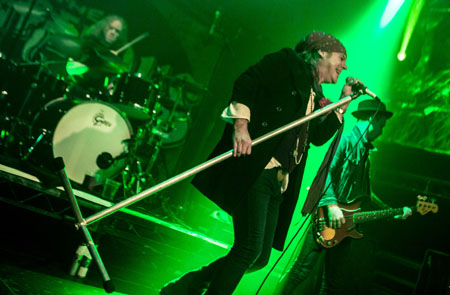 ‘There She Goes Again’ was the first of no less than five UK chart entries that found the audience in fine voice, with Spike orchestrating proceedings, holding the microphone stand out to the crowd.

With a glass of red wine in hand, which was probably not his first, he was clearly enjoying himself tonight, quipping that he couldn’t believe he was doing this gig after running the London marathon that had taken place earlier on in the day. Like the wine, he just gets better with age.

A serious amount of personnel have previously made up the rhythm section but the current occupants have been together for over half a decade now. Buddy Rich once said: “I think the drummer should just sit back and play some drums, never mind about the tunes,” and that’s the impression you get listening to former The Union drummer Dave McCluskey, though in stark contrast he and bass player Nick Mailing have developed into a slick machine keeping things together whilst allowing Guy Griffin and Paul Guerin a free reign to jam over the top, giving the feel that this gig is just another impromptu jam session. Don’t be fooled though, as this band are tighter than a cod’s arse at fifty fathoms. 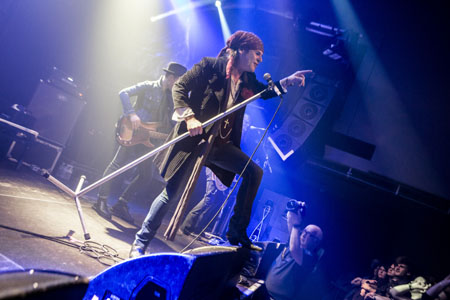 Things slowed right down after ‘Breaking Rocks’, ‘Tramps & Thieves’ and ‘Hey You’ with the tearjerking ballad ‘I Don’t Love You Anymore’ and almost half the set was made up of songs from the band’s best selling 1990 debut album ‘A Bit Of What You Fancy’, which is hardly surprising given its popularity and the fact it was propelled to a lofty number two in the charts. One of the cuts from the album was ‘Roses & Rings’ which had Spike teasing us with “we haven’t played this next one for at least… a day!” 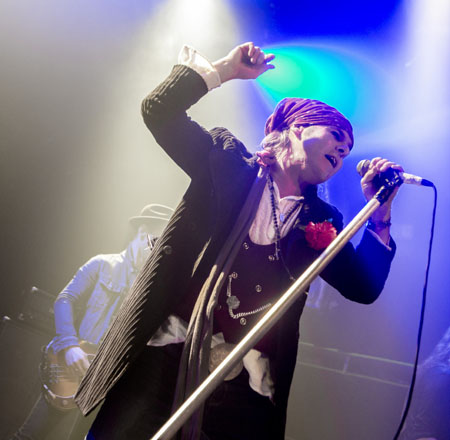 The next song opened with the lyric “Get my hat, get my coat” and it was almost that time as ‘Sweet Mary Ann’ made way for Spike to repeatedly ask the crowd: “what’s the time,” which could only mean one thing – Quireboys anthem and set closer ‘7 O’Clock’.

With a well deserved encore of ‘I Love This Dirty Town’ and ‘White Trash Blues’ it just left Spike to invite everyone to a ‘Sex Party’, though he left the stage without telling us all exactly where it was taking place. 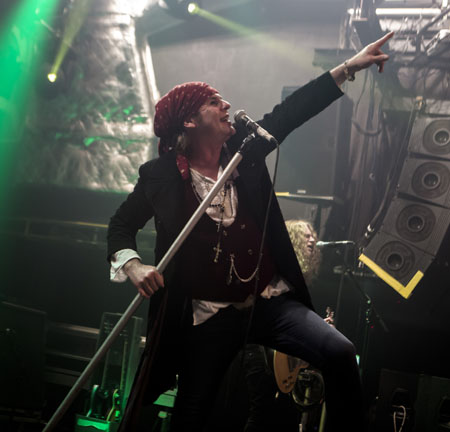 The fact that the venue was full tonight is testament to the hard work put in by the band who seem to be either constantly touring or turning out another new album. Quite an achievement after the admission by long standing guitarist Griffin that it was ridiculous how unpopular the band had become after reforming in 2001 with only the hardcore die hard fans willing to support the guys.

Well they are certainly popular again these days to the point of being a bit of an institution in the rock scene, a fitting epithet to the band.