Celebrating 25 years since the release of their iconic fifth album ‘The Crimson Idol’, W.A.S.P. hit Dublin for the Irish leg of the Re-Idolized tour.

Formed from the remnants of British rockers Heaven’s Basement, The Cruel Knives may be a bit of an unknown quantity at the moment. But nabbing a support slot on such a high-profile tour does tell you they must have something half decent going for them. And their snazzy debut EP ‘Side One’ confirms that.

In the live domain they’re not too shabby either. A 7.15pm start after a 7pm door time was probably a little harsh, but that didn’t stop them making their presence felt. Opener ‘The World We Were Sold’ got the small gathering at the front of the stage well lubricated, before the brilliantly titled ‘On A Fucking Leash’ had several pints rattling.

Fresh faced vocalist Tom Harris may look like he just stepped off the set of Love Island, but boy can this lad carry a tune. He completely tore up the magnificent ‘Itch’ without breaking a sweat. All-action guitarist Sid Glover not only executed every riff perfectly but he also showed some agility too by mounting Al Junior’s drum kit then making what looked like a painful landing.

With only a paltry half an hour to sell their wares this hugely exciting four-piece didn’t waste a second. By the time they struck the last chord of ‘Crawl’ a near full Academy gave them the reception they deserved.

Bloody hell that 25 years flew by. 1992 brought us a lot of memorable moments; the first nicotine patch, Space Shuttle Endeavour’s maiden voyage, cigar and intern loving Bill Clinton was elected president of America and made himself at home in The White House, and Prince Charles and Princess Diana done the inevitable and split up.

But eclipsing all that was the release of W.A.S.P.’s mammoth concept album ‘The Crimson Idol’. Now a quarter of a century on, the band’s disciples can feast on a nostalgic Metal buffet as Blackie Lawless and co perform the masterpiece in its entirety. And boy, hasn’t it aged beautifully. 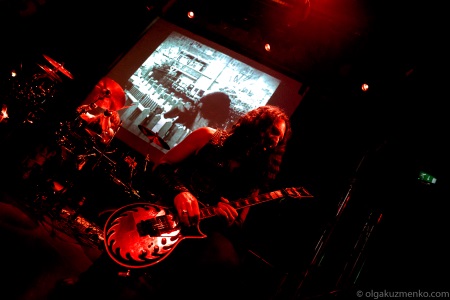 As the house lights dimmed, the stage became lit in red and the video screen started relaying the opening images to ‘The Crimson Idol’ movie. Then on he strolled, with trademark tassled white boots, a generous application of eyeliner and electrocuted black hair, the legendary Blackie Lawless.

The crowd as good as bowed in silent worship to ‘The Titanic Overture’. ‘The Invisible Boy’ followed by ‘Arena Of Pleasure’ got bodies moving before the rammed venue was engulfed with the bone chilling sound of a chainsaw. Getting their finger well and truly out, a ferocious ‘Chainsaw Charlie (Murders In The New Morgue)’ sliced through the Dublin crowd like hot butter.

As much as Lawless was the focal attraction, I reckon the majority would agree that the man to his left, Doug Blair, was a near show stealer. For the entire evening the genius axe-slinger was a complete revelation, dazzling the crowd with his effortless style and overall stage presence. 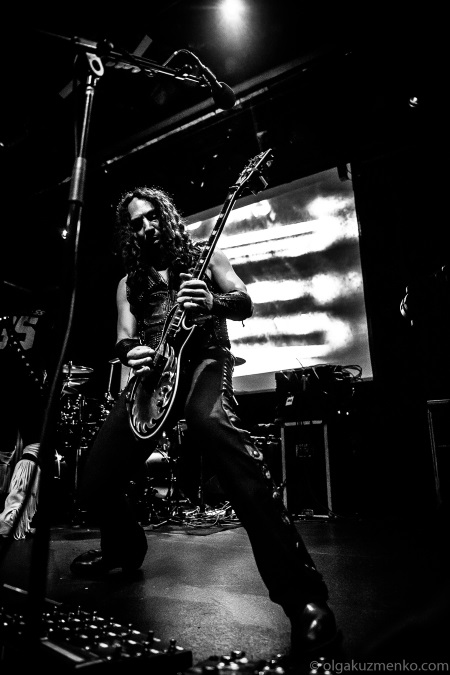 Although ‘The Crimson Idol’ is a heart-breaking tale about the love and overwhelming rejection, the content and the accompanying visuals was lost on a few people as a mini mosh pit formed during the hell for leather ‘Doctor Rockter’.

The rest however looked transfixed by the spectacle. But let’s face it, Mr Lawless could perform a concept album about brussel sprouts and would still have an audience gripped. The New Yorker is one of the most recognisable figures of 80’s Metal, but in my opinion not giving the recognition he richly deserves as a songwriter. He does bloodthirsty Metal as good as anyone, but when you hear tracks like ‘Hold On To My Heart’ and how it was played and received tonight you’ll see that this man is a cut above the rest.

‘The Great Misconceptions Of Me’ brought the curtain down on ‘The Crimson Idol’ with compelling effect. The closing images of Johnston Steele hanging himself with his guitar strings ended the main part of the evening in a macabre but stunning fashion. The deafening applause was duly acknowledged by Lawless with a respectful nod. As the closing credits went up on screen W.A.S.P. vacated the stage for a well-earned ten minute break. 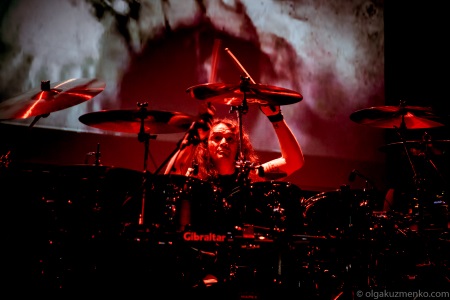 Then things got a tad mental. Knowing they wouldn’t escape the venue unscathed without airing a couple of their big hitters, an intro tape with a montage of the band’s greatest hits was blasted out of the PA. Straight after that it was batten down the hatches time as they drop kicked The Who’s ‘The Real Me’ like the last hour didn’t happen.

‘L.O.V.E. Machine’ was as you would expect, a fist raising triumph with a crowd now lost in Metal abandon. Latest album title track ‘Golgotha’ didn’t really touch the sides as perhaps it should have but that was soon put right with the riotous finale.

Lawless gave the crowd that wild stare that they’ve known and loved for the past 35 years and demanded to know “have you got one more in ya”. Then out came a hellish yell of “cos I wanna be somebody” and the place went insane and rapidly turned into a crowd surfers paradise. 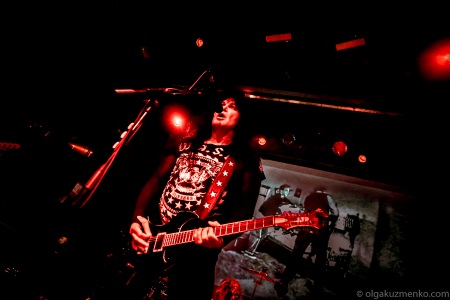 Little disappointed there was no room for a ‘Wild Child’ or a ‘I Don’t Need No Doctor’ in the set, but after what was witnessed earlier I shouldn’t really complain. Seeing this album performed start to finish in such close proximity was an absolute privilege. 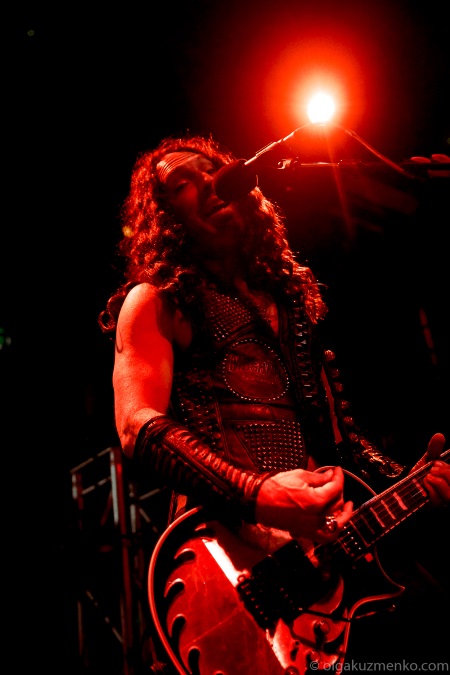 Set List:
The Titanic Overture
The Invisible Boy
Arena Of Pleasure
Chainsaw Charlie (Murders In The New Morgue)
The Gypsy Meets The Boy
Doctor Rockter
I Am One
The Idol
Hold On To My Heart
The Great Misconceptions Of Me

The Real Me
L.O.V.E. Machine
Golgotha
I Wanna Be Somebody