Saturday evening at Bloodstock was Jaeger soaked, rain sodden and drenched in some of the best sounds to have pulverised our senses this last three festival weekends.

An eclectic mix of characters including Kobi Farhi of Orphaned Land, Captains Bowes and Yaarface of the good ship Alestorm and Mantas of Venom Inc made the day sociably memorable, despite an eery silence descending when one particular journalist relayed a message to Yaarface from Boris Johnson: “Boris says you look like a letterbox,” was the jibe and the balacalavaed one’s response is unsuitable for a family audience.

Alestorm really did whip up a storm on Bloodstock’s Main Stage as a whole host of various inflatable objects filled the sky, all competing for prominence with Bowes and his merry men’s rubber duck. 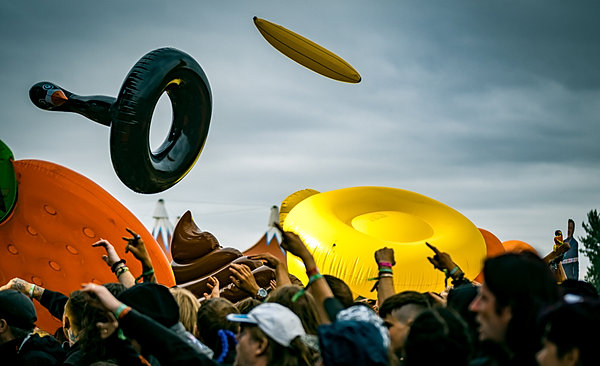 The original and truest Scottish Pirate Metallers deliver their refined style of boozy art with a panache and style few can imitate and as Bowes belts out the finely crafted lyric to ‘The Sunk’n Norwegian’, “The landlord’s a bastard, the barmaid’s a whore, but give them no shit or you’re straight out the door,” we did indeed raise up our tankards of ale to the sky and have one more drink… then one more… then one more… as piracy proved to be a crime that pays.

Anyone who doesn’t like Alestorm really needs to sail to a faraway land and party all night and get drunk off their heads because this is the ultimate good time band who are guaranteed to lift your spirits and heighten your sense of hilarity and fun. Long live the good ship Alestorm and all who sail upon her. 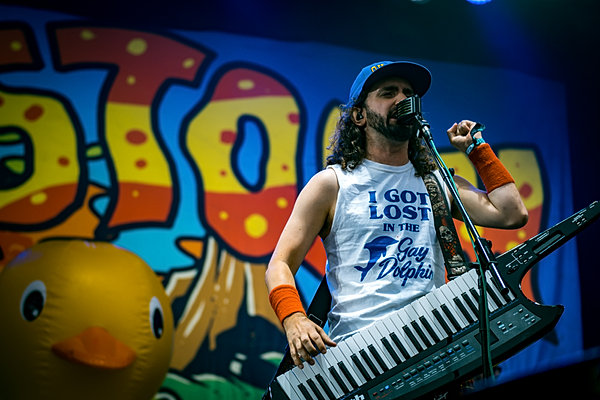 Iced Earth bass player Luke Appleton completely wowed his audience as he treated the gathering at the Jaeger Stage to an utterly brilliant and captivating set of songs from his debut EP, ‘How Does It Feel To Be Alive’, along with Fury UK, Absolva and Iced Earth covers.

The standout track was Iced Earth classic ‘Melancholy’, which works surprisingly well on acoustic, as does Absolva’s ‘Never A Good Day To Die’, which also got the assembled masses chanting along in unison. 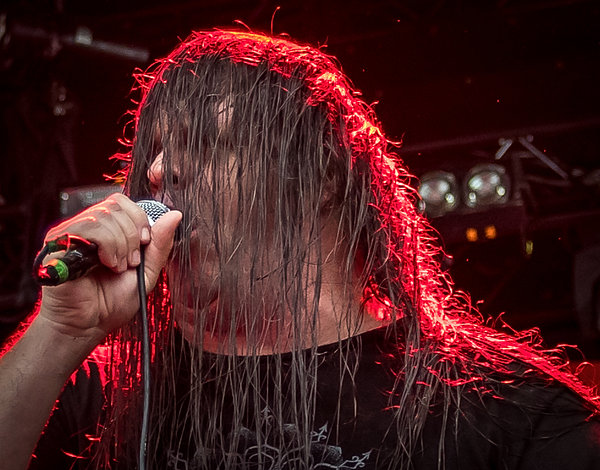 Luke transfers his Metal edge to acoustic impressively well and it’s a delight to watch his conviction, enthusiasm and love for this material as he marches his acoustic through a punishing workout.
This set deserves a bigger stage and will surely be presented with one after Luke’s debut album comes out next year. It was a treat and a delight and one you should definitely make an effort to catch when you get the chance.

Main Stage headliners Gojira brought their atmosphere to Derbyshire for the second time in two years and while 2014’s performance in the sunshine put them in the frame for the big slot today, last night’s set was delivered in the rain and it worked superbly well. 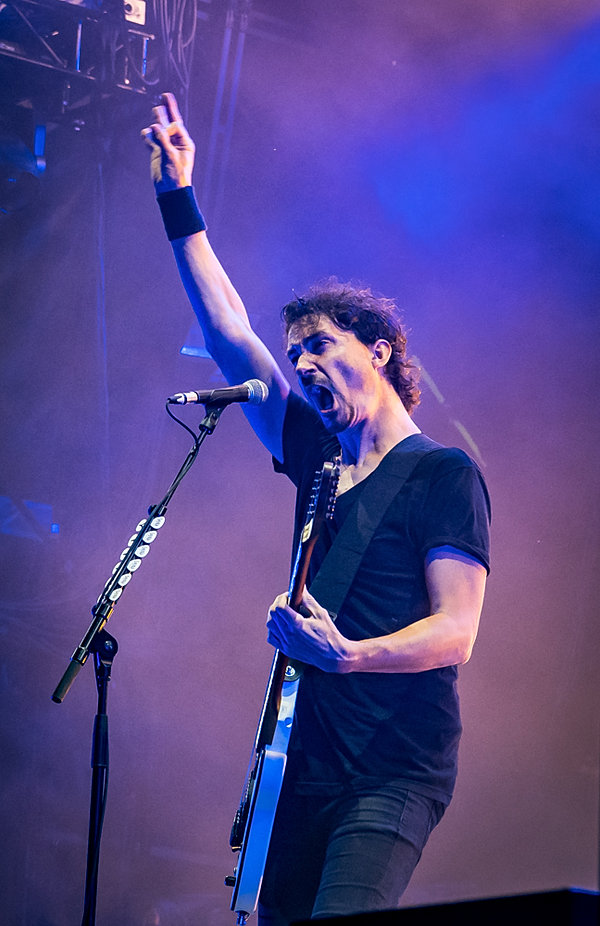 Far from spirits being dampened, Gojira lifted Bloodstock to a heightened level as the precipitation turned to liquid fire and the masses were enlightened. Wisdom comes from Gojira, their songs live long in the memory as they resonate within your conscience. Probably the greatest French Metal band ever. Saluer! 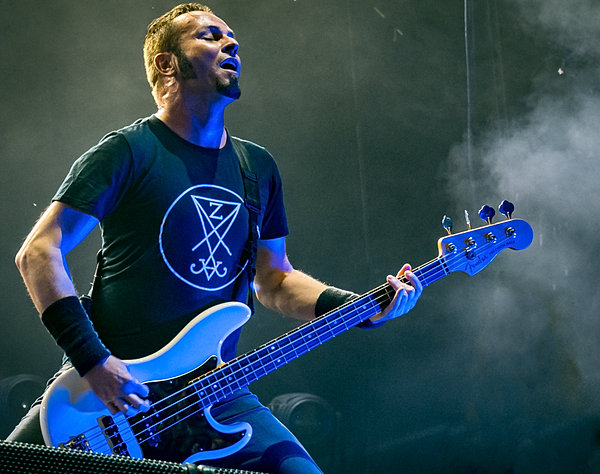 Topping the party on the high seas that was Alestorm, the one man band that was Iced Earth’s bass player fronting his own solo act and the Gallic va va voom that is Gojira looks like an impossible job but one man was most definitely up to the task and he emerged completely triumphant with a new army of followers all converted to the Orphaned Land cause.

A huge percentage of the 5,000 gathering were experiencing the band for the very first time and there were many converts to the cause of the Israeli band who spread the message of peace through the medium of Metal with no recourse to politics or religion.

This inspired setlist had most instantly converted after the first two numbers, the opening track from new album ‘Unsung Prophets And Dead Messiahs’, ‘The Cave’, followed by the classic ‘All Is One’, as people became more mesmerised by the heady mix of classy riffs, pure Metal, Middle Eastern rhythms and Kobi Farhi’s stylish vocals.

The big orchestral arrangements heard on the albums translated well to the more compact live setting, the twin guitar onslaught of Chen Balbus and Idan Amsalem shining in the balance of riffs and melodic runs. Uri Zelcha’s bass and Matan Shmuely’s drums ensured the heaviness was at the perfect sweet spot.

With Kobi leading the singing, swaying and jumping and switching effortlessly between vocal growls and beautiful melismatic runs, this was a magical and utterly captivating set that imbued all present with a sense of peace, love, harmony and Metal – just the way we like it.

We spoke to Kobi before the set where he went further into the concept behind ‘Unsung Prophets And Dead Messiahs’ so we’ll be writing a lot more about that very soon.

We also have many more pictures and updates to come and of course coverage of Bloodstock Sunday. No-one’s spirit is dampened by the rain, how could it be when surrounded by riches like this?