The festival organisers made the following statement:

“Following on from the glowing success of the 2019 event, the team behind Burr Fest are returning to The Dome in London’s Tufnell Park, with their best line-up yet!

“This year, they are teaming up with some great sponsors in; Pins & Knuckles Merchandise, Cloven Hoof Rum, MetalTalk, Nicko McBrain’s Drum One, Total Rock and Blacklight Tours.

“Opening the bill will be Kaine. Having formed in 2009, the band led by Rage Sadler, are set to release their storming new album ‘Reforge The Steel’ later in the year, and have been playing up and down the country celebrating their 10th Anniversary.

“Joining them, will be Absolva! Comprising of Chris Appleton, Karl Schramm, Martin McNee and Luke Appleton, the band rose from the ashes of FuryUK. Since their formation in 2012, Absolva have released 4 studio albums, as well as doubling-up as the backing band for Blaze Bayley.

“Featuring former Iron Maiden drummer, Doug Sampson, the mighty Airforce will be returning to Burr Fest for the third time. With a new album set to be released toward the end of the year, the band are going from strength-to-strength, having already taken in tours of Poland, USA and the UK in the first half of 2019. With plans for more tours and festivals into Summer 2020, there’s no stopping these guys!

“Next up is Tytan! Featuring ex-Angel Witch bassist Kev Riddles, the band reunited in 2012 and have been enjoying the resurgence of the NWOBHM ever since. With vocalist Graeme Foster joining in November 2018, the band are currently working on new material with a tentative release date of early 2020.

“Our VERY Special Guests for 2020, marking their first appearance in almost 8 years, is Elixir!

“Clive Burr recorded an album with the band back in 1988 (Lethal Potion/Sovereign Remedy), and to honour their friend and former bandmate, the group have agreed to reunite the classic ‘Son of Odin’ line-up of Paul Taylor, Phil Denton, Norman Gordon, Kevin Dobbs and Nigel Dobbs, for one night only, before Kevin leaves the band for good.

“Rounding out this year’s bill will be former Iron Maiden frontman, Blaze Bayley!

“In a UK first, Blaze and his band will be performing a special set comprising solely of material release during his time with Maiden.

“Since leaving the band in 1999, Blaze has forged a strong solo career, releasing nine studio albums. In addition to his solo work, Blaze has released one album and an EP with Dutch guitarist Thomas Zwijsen, as well as releasing new material with a reunited Wolfsbane.

“With a line-up this strong, electric live performances, and growing support, this year promises top be an amazing event.” 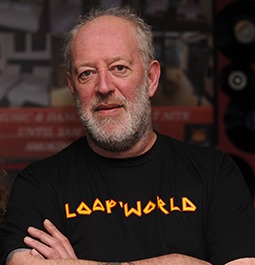