The O2 Forum in Kentish Town is filled with black-clad music fans seemingly looking for a musical celebration of the previous day’s winter solstice.

Their love and loyalty for one band is reflected in the crowd’s appearance. Everywhere you turn, you can see huge Fields Of The Nephilim patches on their backs, t-shirts, and more patches. With some fans coming from as far afield as Spain for the gig and that show of devotion all around the hall there’s no doubt who the headliner is tonight.

The lights go down, the stage is flooded with dry ice and a huge roar greets the band as they launch into ‘Dead But Dreaming’. That instrumental is followed by ‘At The Gates Of Silent Memory’ allowing vocalist Carl McCoy to make his signature entrance and cast his charismatic spell over the crowd before him. 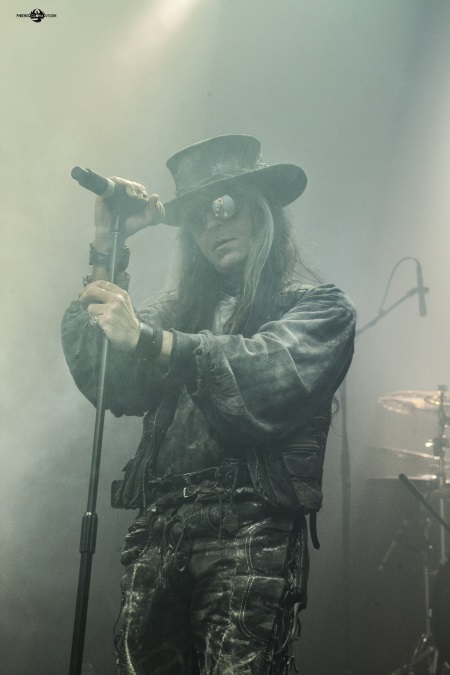 The set is a well-chosen mixture of songs from throughout their thirty plus year career and highlights include ‘Dawnrazor’, ‘Moonchild’, ‘Psychonaut’, and ‘Mourning Sun’.

Throughout the whole show the crowd actively sings along to each of the old tunes. When they turn to latest single ‘Prophecies’, released in 2016 after a protracted break, it’s clear that fans love their new stuff just as much as the old.

As befits a band revered by those with a love for music tinged with a gothic edge the band seem distant and untouchable. They seem to come from some other world, to have come to us from some other place to highlight the dark beauty of this one. Yet that distance is exactly what draws people to their shows and into their music. 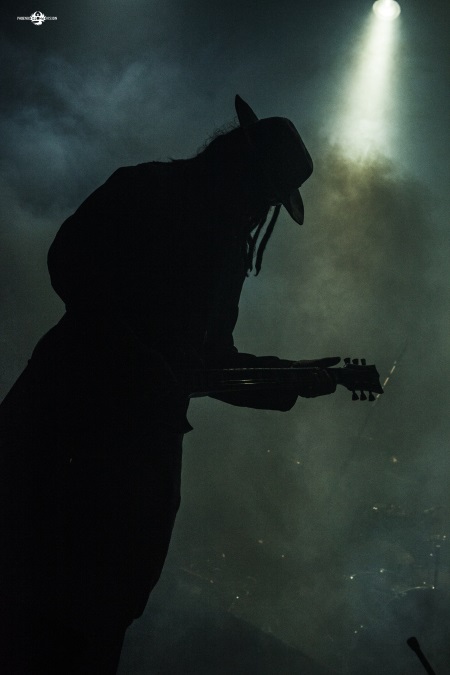 As the show nears an end, the gathered black clad throng just cannot get enough. The show is inevitably crowned with two encores featuring epically intense moments in ‘Last Exit for the Lost’ and ‘Celebrate’.

By this time it is not a regular gig anymore, it is a massive celebration, a celebration of the solstice, of a legacy, of a legend well-earned and even a celebration of Yuletide. Blessed are we for having Fields of the Nephilim to celebrate it together with us. 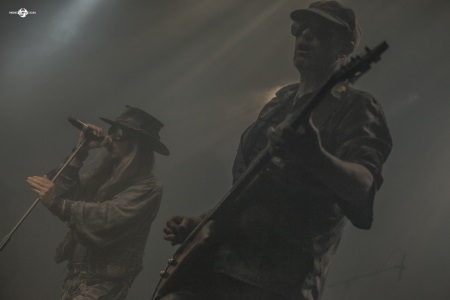