This was an unprecedented fifth time that Status Quo had played to a sold out crowd at the historic Rochester Castle on the bank of the River Medway, having first performed here in 2005.

Just before scheduled showtime last year, guitarist Rick Parfitt suffered a bit of the ole Delhi-Belly, resulting in the performance being postponed until this year, however there was more serious news about the 67-year-old’s health when Rick suffered a suspected heart attack last month when the band were in Antalya, Turkey leaving many Quo fans wondering if this show was on and off and on again.

But Status Quo are not a band to burn their bridges and in the words of Freddie Mercury, the show must go on.

Whilst Rick was understandably having some much needed recuperation time, resting at home in his silk kimono and comfy slippers, the task of playing those immortal chords went to Freddie Edwards, the son of Quo’s bassist Rhino.

As promised from the year before, Steve Harley And Cockney Rebel were the special guests and their addition to the bill made for a value for money package. 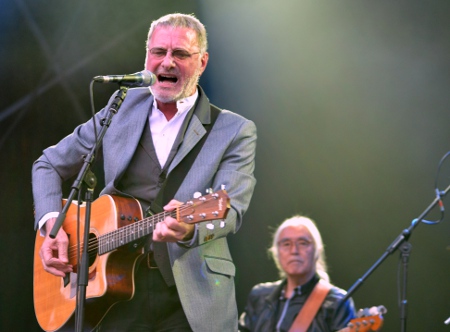 On lively form, Harley played the bulk of tracks from his classic album ‘Best Years Of Our Lives’ which celebrated its 40th anniversary last year. Ending with the haunting epic ‘Sebastian’ and the jolly household known hit ‘Make Me Smile (Come Up And See Me)’ made for a jubilant finale.

As Quo took to the stage, it was the striking chords from the man off the sub’s bench, Freddie Edwards, that were the first to be heard as he tore into the opening riff of ‘Caroline’ before the band thumped into life. It was evident that Parfitt had given the youngster some valid tuition, even though he only really needs to know four chords, but Freddie nailed it and Quo were back on form, firing on all cylinders. 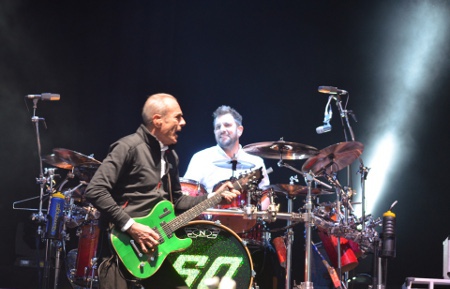 When the songs are this well known and infectious you soon realise that the hits and the brand of Status Quo are bigger than any individual as the crowd at the Castle erupted into life, dancing and air guitaring happily and with glee, especially to such old rocking favourites such as ‘Paper Plane’ and ‘Hold You Back’ as well as the more recent thruster ‘Beginning Of The End’.

In the absence of Parfitt, bassist Rhino Edwards took over the vocals for ‘Creeping Up On You’ and he has an earthy, bluesy voice. Keyboardist Andy Bown came out to play guitar for this number too adding some rich harmonica to the song’s tail end. 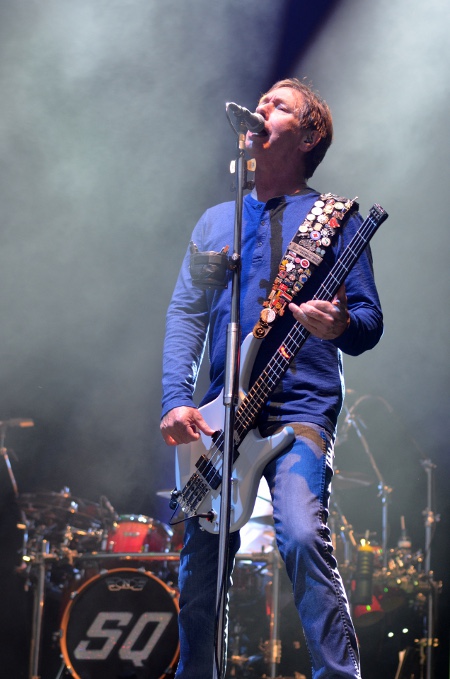 All five members were out stage front for a stripped down Celtic flavoured jig on the fabulous ‘Gerdundula’.

After a bouncy ‘Roll Over Lay Down’, Francis Rossi was left alone on stage with his green Telecaster to snatch out the opening chords to their storming Number One hit ‘Down Down’. Rossi was in usual playful mood all evening with his jovial mutterings. 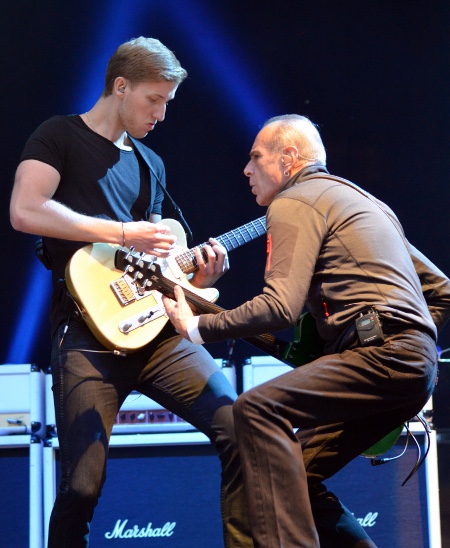 Freddie Edwards, who after these batch of dates will earn the nickname Steady Freddy from the Quo Army, performed the opening chords to ‘Whatever You Want’ before Rossi and Bown took over the vocals on what is another pulsating rocker of a tune.

‘Rockin’ All Over The World’ naturally signalled the end of what was a triumphant gig in the face of adversity. 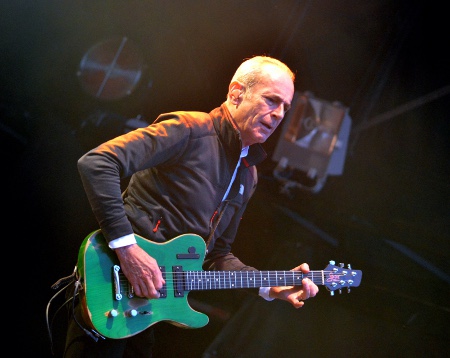 After the encores, Francis Rossi sat on the drum riser admiring his band as they took their well earned bows. Rossi then slipped off his white trainers and threw them into the crowd.

It was the son wot won it, but let’s all wish Rick Parfitt a speedy recovery and hope to see him again soon rightly where he belongs, on stage for the December arena dates. 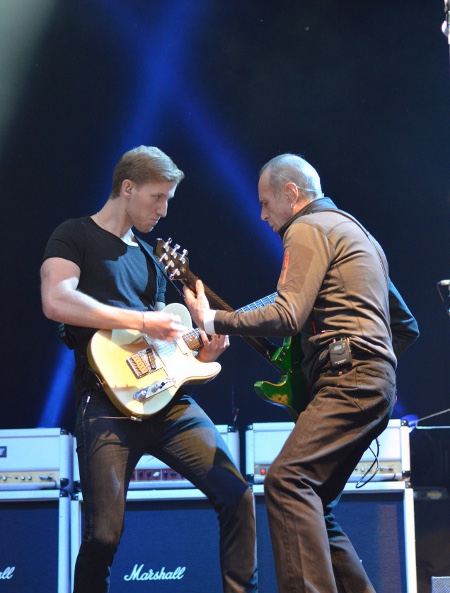 Setlist:
Caroline
The Wanderer
Paper Plane
Hold You Back
Beginning Of The End
What You’re Proposin’/Down The Dustpipe/Wild Side Of Life/Railroad
Don’t Waste My Time
The Oriental
Creeping Up On You
Gerdundula
In The Army Now
Roll Over Lay Down
Down Down
Whatever You Want
Rockin’ All Over The World 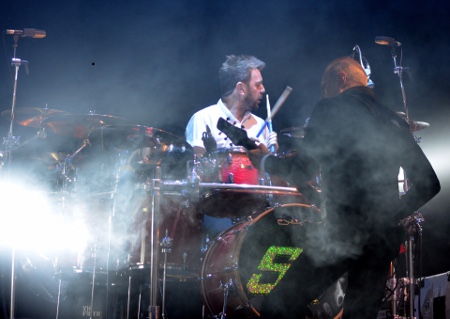 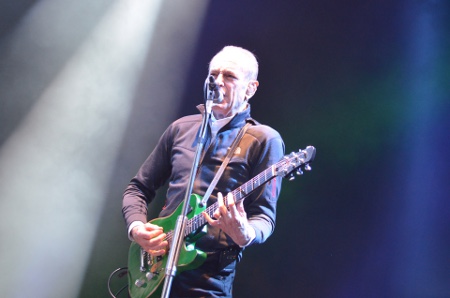 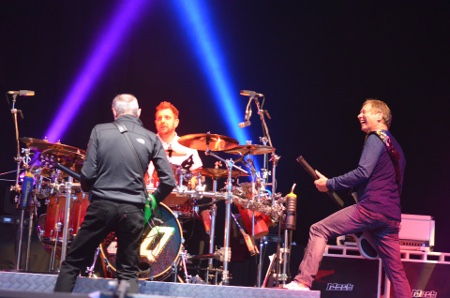 You Can See Status Quo Live here: Tickets for UK and Irish dates are available by clicking here.

Tickets for UK and Irish dates are available by clicking here.