Texas based progressive band Bibeau have recorded their first single and shot their first video for release globally, ‘Mark This’, which will be released worldwide on May 3rd along with the single to radio and the digital version distribution. 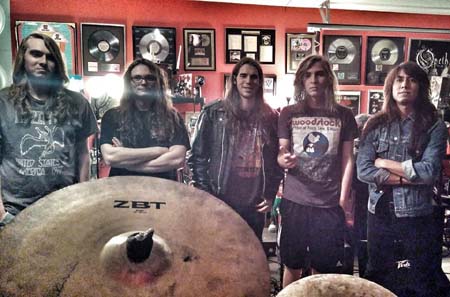 The single was produced by Luke Garrigus at Blackroom Studios outside of Austin, Texas. Bibeau plan to record the remaining new songs with Luke in Blackroom Studios later in 2016 after the writing/demoing process is completed.

For the video, Bibeau actively recruited producer/directer Justin Mosley at Dark Letter Entertainment to bring the band’s post apocalyptic video to life. Justin, wrote, produced and directed the film The Devil’s Deal which was recently released
internationally through Lionsgate (Lions Gate Entertainment Corporation) and the trailer can be viewed here:

The Devil’s Deal is a western/horror film with a premise that revolves around an the old western town in an old western time. The plot involves the return of a missing clergyman who calls a ceremony, the townspeople are thrust into a night of madness and death. The remaining townspeople must fight to keep not just their lives, but their very souls.

“We wanted to shoot the video with a heavy emphasis on our performance. At the same time, everyone in the band knew we needed to balance the five plus minute song with a narrative that reflected a potential post apocalyptic vision of the future”, said Drew Theiring, vocalist/songwriter. “We also wanted a video that incorporates some of the elements from our artwork, band logo and live show written into the video treatment’s storyline,” he added.

“We were also hoping to convey the look, feel and flow of some of the classic, timeless rock and metal videos from the height of MTV’s popularity, said Robin, Bibeau guitarist. At the end of the day, we were all confident that Justin Mosley was our guy to help us pay homage to the classic video era.”

The ‘Mark This’ video also features talented actress and model Courtney Bridges who perfectly creates the feel and despair of life in a post apocalyptic world. Justin Mosley commented: “Just finished the ‘Mark This’ music video for Bibeau! These guys were super professional and a group of seriously bad ass musicians. I also had the pleasure of working with a talented actress Courtney Bridges. Everyone worked tirelessly to make a great finished product and I’m so excited for everyone to see it.”

And here’s the video:

Bibeau (pronounced “be-bow”, “bebo”), formed in 2009 by brothers Robin and Peyton Bibeau after spending countless hours learning and rehearsing songs by Rush, The Beatles, Metallica, Free, Iron Maiden to name a few. The brothers decided to use their family name
as homage to the legendary Van Halen (brothers on drums and guitar). Bibeau is managed by 30 year music industry veteran (Spitfire Records founder, Relativity Records, Mayhem/Fierce Records) Paul Bibeau, who also happens to be the father of drummer Peyton Bibeau (15) and guitarist Robin Bibeau (19). The band worked hard the past several years to develop a large following via performance videos on YouTube, ReverbNation and Facebook before coming into their own with a rapidly growing fan base with their live show. 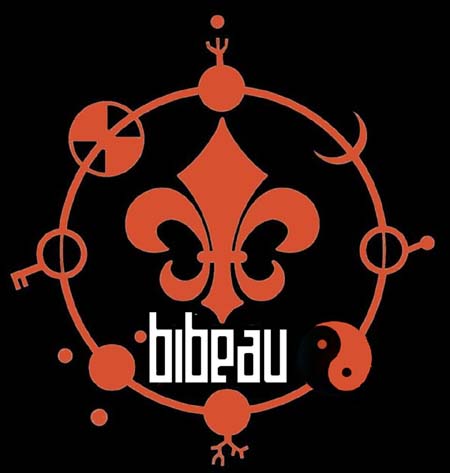 The band has also managed to rack-up over 26,000 video views on their Youtube Channel (http://www.youtube.com/user/Bibeau36) which features self-produced, homemade video clips of the band performing original songs and cover versions of songs by Rush, The
Beatles, Metallica, Free, Iron Maiden to name a few. Last but not least, Bibeau has utilized social media outlets such as Facebook (over 2,443 likes), Twitter (996 followers) and Instagram (508 followers) to stay connected to their fan base and grow their musical brand.

Recently, Bibeau stayed ahead of the proverbial curve by launching a new Bibeau App for the Itunes and Google Play marketplaces, available for free on each platform.

Rounded out with a strong lineup of like minded, gifted musicians, Bibeau set out to create a unique progressive sound highlighting melody mixed with complex time signatures, rhythms and arrangements. Lead by a dual guitar approach with soulful, soaring vocals and a rhythm section willing to push the boundaries, Bibeau began to craft, record and perform their own material to a growing legion of fans. 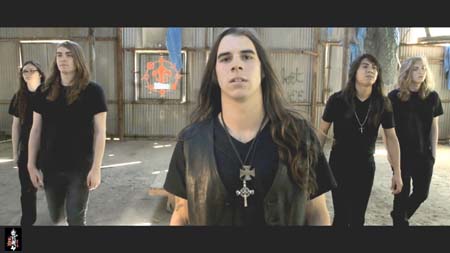 Bibeau can be best described as a musical bridge between the classic power metal from the 70s and 80s combined with the edge and attitude of today’s modern progressive metal. Hailing from East Texas, Bibeau draws inspiration from everything from Rush to TesseracT, Metallica to Dream Theater, Opeth to Tool, Led Zeppelin to Iron Maiden. Having said that, Bibeau manages to sound unlike anyone else around, mature, driven and poised for success with a purpose beyond their age.

Bibeau have been hailed as “Prog Metal’s New Breed” and have wowed audiences with their skill, advanced technical abilities coupled with their intense delivery and the sheer strength of their original material. With their new spin on prog metal, Bibeau are most certainly pushing the boundaries of music. Forged with a firm grasp of the lineage, spirit and history of the music they adore, Bibeau is comprised of Drew Theiring (formerly with Dazed) on vocals, guitarists Robin Bibeau and Alan Benek Hernández (formerly with Sirkus), bassist Chris Ray and drummer Peyton Bibeau. The best is yet to come.