MetalTalk’s Gig Of The Week is the return of the St Louis progressive AOR act Pavlov’s Dog who feature the unique high falsetto vocals of David Surkamp. 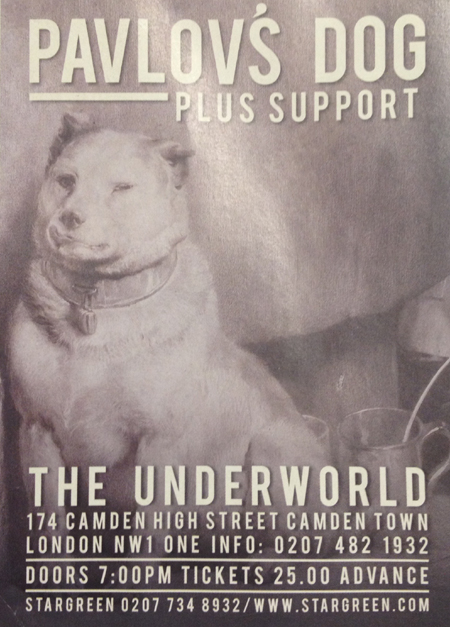 Pavlov’s Dog will be bringing back the good ole days to the UK for an one-off performance at the Camden Underworld in London on Sunday 22nd May. Support comes from Bordello Rose.

Pavlov’s Dog rose to prominence in the mid-seventies with the release of their debut album ‘Pampered Menial’ which came out in 1975 and for their second album, ‘At The Sound Of The Bell’, which was released in 1976. Former Yes and King Crimson sticksman Bill Bruford performed the drums on this album following the departure of original drummer Mike Saffron who would years later rejoin the band.

‘Pampered Menial’ was produced by Sandy Pearlman and Murray Krugman, who had found success earlier in the decade producing Blue Öyster Cult. Their second album, ‘At the Sound Of The Bell’, which followed on Columbia a year later featured a raft of guest artists who contributed to the album, including jazz saxophonist Michael Brecker and Roxy Music’s Andy MacKay.

Both of these album have become cult classics and original vinyl copies are highly valued.

On June 26th 2004, a reunion concert featuring the classic line-up (without Carver), took place in St Louis and in 2005 David Surkamp and Mike Safron reformed the band with Surkamp’s wife Sara on vocals and guitar.

Pavlov’s Dog have been stunning fans old and new with their live performances ever since and released a new studio album in 2010, ‘Echo And Boo’s.

Pavlov’s Dog have also just released a new live CD/ DVD set, ‘House Broken’, recorded last year in Nurnberg, Germany and this will be available to buy at the Camden Underworld show.