Here is JK Impera, drummer and founder member of Impera. The band have a new album, ‘Empire Of Sin’, out now on Escape Records… 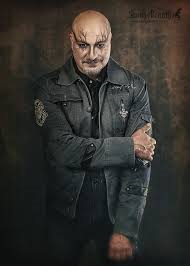 1. WHO’S THE BEST BAND YOU’VE EVER SEEN LIVE?
KISS without a doubt. The music and the show is magical.

2. ARE YOU AFRAID OF ANYTHING AND WHAT’S YOUR FEAR?
No, don’t think so.

3. IF YOU COULD HOST A DINNER PARTY AND INVITE ANY TWO PEOPLE FROM HISTORY ALIVE OR DEAD WHO WOULD YOU CHOOSE?
Frank Zappa and Robin Williams, two of the greatest ever. I think the whole world misses them like me.

4. WHAT’S YOUR FAVOURITE HORROR MOVIE?
Ridley Scott’s masterpiece Alien. I have probably seen it over 100 times. I actually collect Alien stuff – I have some original props from the movies both Alien and Aliens.

5. WHO ARE YOUR HEROES, THE PEOPLE WHO INSPIRED YOU TO GET INTO MUSIC?
KISS is the reason I’ve started to play music and after I became friends with them they inspire me even more, great guys.

6. WHAT’S YOUR FAVOURITE TYPE OF FOOD/DISH?
I love food but Sushi is one of my favourites. I’m a great chef. 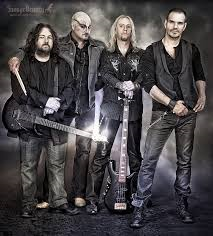 7. WHAT WAS FIRST ROCK ALBUM YOU EVER BROUGHT?
‘Destroyer’ by KISS and to this day I think it’s the best KISS album.

8. WHAT WOULD YOU SAY YOUR CAREER HIGHS AND LOWS HAVE BEEN?
Can’t think of any lows but touring with Vinnie Vincent is one and the release of the Impera albums are the biggest high ever.

9. DO YOU BELIEVE IN GHOSTS OR UFO’S AND HAVE YOU HAD ANY EXPERIENCES YOU CAN SHARE WITH US?
I’ve always been fascinated by UFO’s. We can’t be alone, right? And I love sci-fi movies. 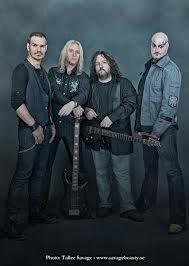 10. YOU’RE CHILLING AT HOME AND PUT ON AN ALBUM BY AN ARTIST SOMEONE WOULD NOT ASSOCIATE YOU WITH, WHAT WOULD BE YOUR GUILTY PLEASURE?
I love Original Motion Picture Soundtracks, anything from John Williams to Jerry Goldsmith. That always get me started.

12. WHAT’S YOUR FAVOURITE COMEDY TV SHOW OF ALL TIME?
I have a lot of favourites but if I have to choose one I’d say Seinfeld. 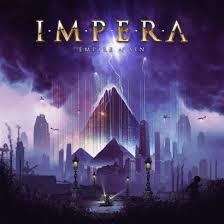 13. WHAT IS THE ONE THING IN LIFE YOU SIMPLY CANNOT DO WITHOUT?
My home cinema system with my movie collection.

14. WHAT’S YOUR FAVOURITE ALCOHOLIC DRINK?
Frozen margerita is the first thing I order every time I get to LA or Miami, love it.

15. WHAT’S YOUR FUNNIEST TOUR BUS STORY?
When I convinced John Corabi (Motley Crue) to try snuff and he turned green, ha ha ha. That was a funny bus ride. Everybody was wasted. 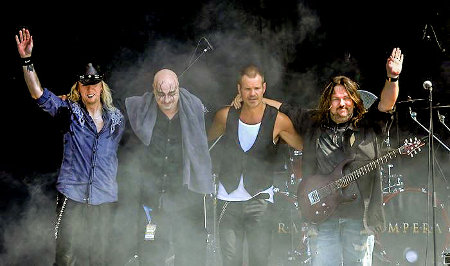 16. WHAT WAS THE FIRST GIG YOU EVER WENT TO?
KISS October 9th 1980. I met the guys before the show without their makeup and that was huge back then and some thirty years later two of the former guitarists in KISS played on the first two Impera albums. That’s cool in my book.

17. WHAT SPORT DO YOU ENJOY PLAYING OR WATCHING THE MOST?
None.

18. WHAT ARE YOU UP TO AT THE MOMENT AND WHAT ARE YOUR PLANS FOR THE NEXT SIX MONTHS?
Writing songs and recording for the next Impera album. I’m also working on two other albums that will raise some eyebrows!