Debauched rockers Mötley Crüe are currently in Japan performing their last Asian dates on their much publicised Final Tour. 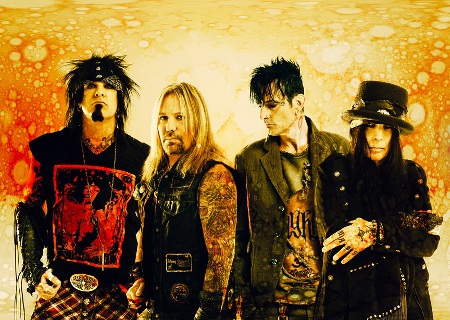 What will shock fans, especially in the UK, is that Crüe perform one of Gary Glitter’s biggest hits every night.

Crüe perform the instrumental part of Glitter’s ‘Rock And Roll… Part 2’ at the beginning and again at the end of their cover version of Brownsville Station’s ‘Smokin’ In The Boys Room’ with Vince Neil enticing the crowd to punch the air and shout “Hey!”, the infamous chorus part of the song.

Writers Gary Glitter and Mike Leander are entitled to earn PRS royalty payments every time that Mötley Crüe perform the song to a live audience.
‘Rock and Roll… Parts 1 & 2’ was a Top Ten smash for Gary Glitter on both sides of the Atlantic. The song has gone on to become a popular part of sporting events in both Canada and the United States.

The anthem has been played by many ice hockey and football teams when a team scores or wins. Some teams dropped the song at the request of the NFL following Glitter’s arrest for child abuse in Vietnam and Cambodia in 2006 but following complaints from many fans of the sport the song was reinstated with a cover version by Tube Tops replacing the original version.

Mötley Crüe have been performing ‘Rock and Roll… Part 2’ as part of their show for the past two tours but what will sicken many fans is Crüe’s insistence to still keep performing it.

This, despite on February 5th this year Gary Glitter (real name Paul Francis Gadd) was found guilty of attempted rape, four counts of indecent assault and one of having underage sex with a girl under the age of 13 between 1975 and 1980. Glitter is current remanded in custody and will be sentenced on February 27th. 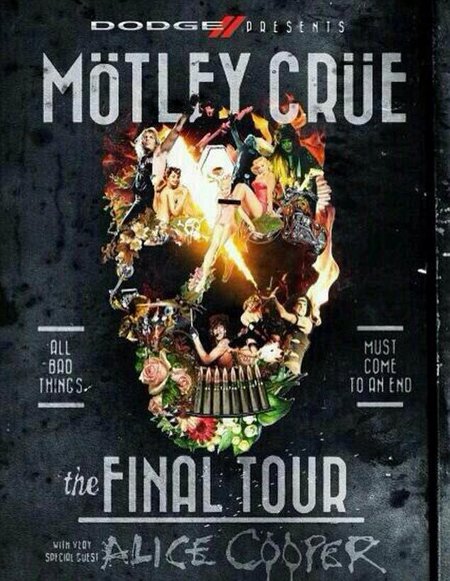 Despite his spectacular fall from grace Gary Glitter is reportedly worth approx $10million. His hits are no longer played on UK radio or television and his career has almost been entirely eradicated from history.

However the music of Glitter is still hugely popular around the rest of the world especially on mainland Europe. His biggest earnings from North America come in the shape of cover versions with Brownsville Station themselves covering ‘I’m The Leader Of The Gang (I Am)’ while Joan Jett & The Blackhearts had two hit singles with versions of ‘Do Ya Wanna Touch Me’ and ‘I Love You Love Me Love’.

Even Oasis had to pay Glitter a substantial amount of money when they sampled music and words from ‘Hello, Hello I’m Back Again’ at the beginning of their highly successful album ‘(What’s The Story) Morning Glory?’

Mötley Crüe will perform at Download Festival in the UK in June where they could be jeered or cheered if they choose to perform the song.