So right, where in the whole wide world would you want to record Heavy Metal bass? At Steve Harris’ house, right?

That’s where we did the drums and bass for the new Tank album! It’s called War Machine… plug, plug (it’s really good, you’ll love it!)… anyway, we got a chance to go there ‘cos Grav, our drummer, also plays in Voodoo Six with Tony Newton on bass, and Tony is a man of many talents…

I’d known Tony over the years, as a top chap who liked a beer at the Royal George every now and then. I’d seen him rock out with Dirty Deeds and stuff. It turns out he’s also a top recording engineer. I’m not just saying that ‘cos he’s a mate and he did us a good job. He’s proper pro! He’s been recording Maiden and Kiss live for their instant live CDs! He never told me this stuff!! 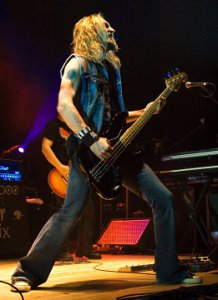 Anyway so we’re in this studio of Steve’s, and its really relaxed. I’ve been in some posh studios in my time, wasting record company money on plush sofas and French menus but Steve’s place is basically a barn for a live room with a recording suite stuck above. It totally reminded me of jamming with school bands in outhouses in Wales, very earthy and natural. A great place to record.

This is the room that Maiden have rehearsed and recorded albums in and it’s awesome. I thought there’d be Maiden gold discs on the wall and tour posters about but no, very low key.

There was one of Steve’s precision basses hanging around, not in a glass case, but actually just there, leaning against a PA speaker, about to fall over. Was it the blue one from the Powerslave tour repainted? No, I’m getting in way too deep here… I’m here to do a job. 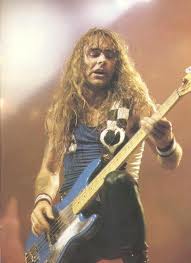 Well, sort of… there’s a Mötley Crüe plectrum on the floor. How did that get there? Was that from the Shout at the Devil or Theatre of Pain supporting Piece of Mind or Powerslave in Europe? No, must have been a more recent festival. No, no… you’re right, I’m here to do a job…

So, Grav lays down the drums, we all play along live, it’s rocking…. Mick’s telling us stupid stories, Cliff’s supping an ale, Doogie mentions he’s been here before. 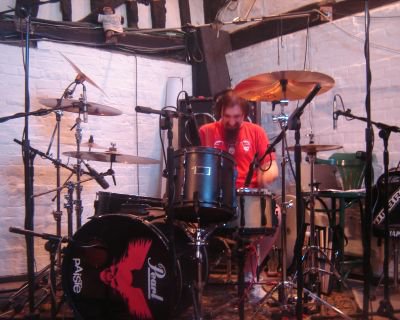 So then I’ve got to do some bass playing. It’s OK. Stay focussed. It’s not Steve’s room, it’s my room now. I’m here to rock out on bass. 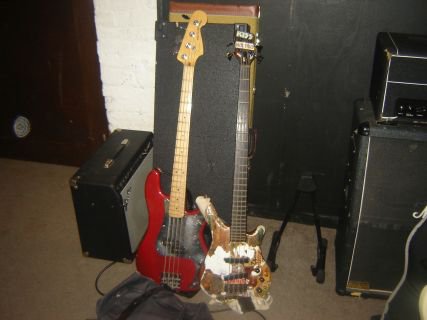 Steve’s bass and my bass

That’s when I saw, out of the corner of my eye, a bit of laminated A4 paper.

Count in, two three four…rocking! “You love yet you loathe me, I am divine”. C’mon Doogie! C’mon Tank! “Judgement Dayeee-yeah!” F*ck yeah! what’s on that bit of paper?… oh it’s a Maiden setlist… wonder what’s on it..? Wrathchild? oh, cool… Fear of the Dark… yeah hehehe… Number of the Beast, shit that’s the song Doogie did in this very room!

SHIIIITE! I’ve just dropped a big clanger of a bass pooper in verse three, not like “uh-oh, no-one will notice” but like the chain coming off your push-bike uphill…

Maybe this isn’t the best place to record bass. 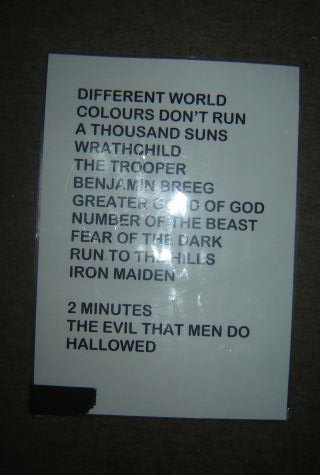